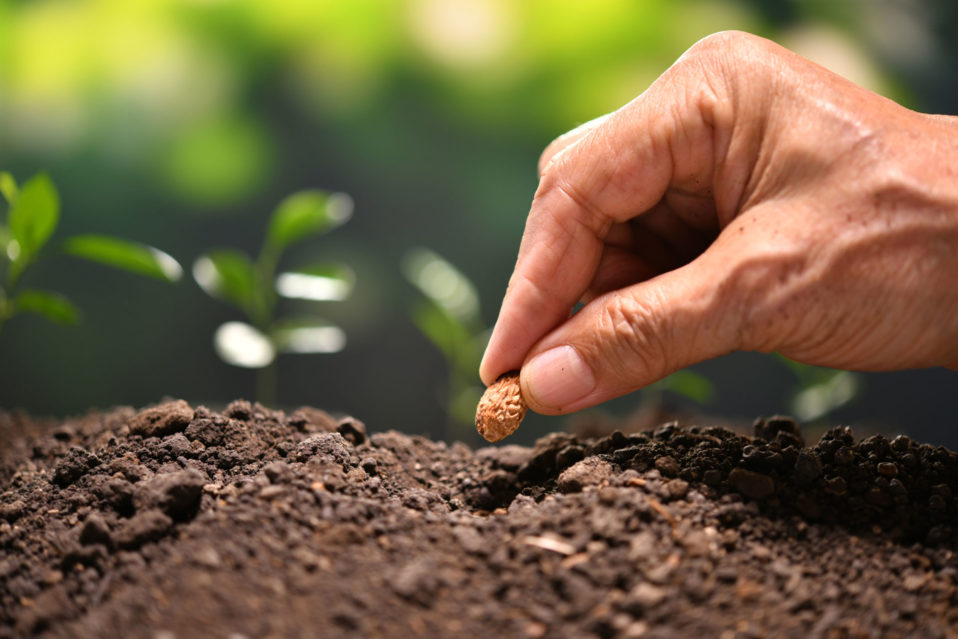 Some of you are wondering why seeding is a problematic arrangement because all your life you have been taught to approach God this way. You might have even convinced yourself that it has worked in your life. You seeded and saw the miracle. Let me say this to you and you can take it to the bank “you cannot make God do anything”. You had not a single thing to do with your own salvation that’s what grace is, and your success is not partly your doing, it’s all God. He will not, does not share His Glory with anyone, not even you. If God ever decided to bless us according to what we deserve it would be a tragedy for all of us, none of our good works would suffice.

Have you ever wondered why God also blessed you at times when you wanted nothing to do with Him? Why your children were born healthy even though you did not pray for them? Why God blessed you with that house, car, wife and fertility at a time when you were a hater of God? So, what sense is it to assume you can make God do things for you now? In an animistic context seeding makes sense, in Christianity it falls straight out of the bucket. Now we know that the bible teaches that indeed there is a time for everything and that one will surely reap what he sows. As much as seed time and harvest time is taught in the Bible, specifically the New Testament the context is never money.

In the New Testament when Jesus talks of seed he uses the term to mean the word. We see this in scriptures like Matthew chapter 13. In this chapter the parables designate the word “seed” to mean the word of God. It is never in reference to money. Similarly when the New Testament talks of harvest it does not take the meaning of bountiful gain financially. Jesus in Matthew 9 refers to the harvest meaning souls that are lost. He means the same in Mark 4:29 and in Luke 10:2 and John 4:35. In Revelation 14:15, the term harvest definitely refers to people here on earth. Why did Jesus use a lot of agrarian terms and analogies? Because the Jews were indeed an agrarian community, if there was one thing they understood was sowing and reaping. If you know anything about actual farming, you will know that you do not always reap what you sow. In fact, if you live in Africa you will know that you might sow and not reap at all.

There are times when life just does not give you back the same or more than you’ve actually put in. Then sometimes the conditions are so favourable that you reap a lot more than you thought you should have. This is rewarding and probably what every farmer prays for. In a physical sense the, Old Testament believers knew all this to be true and of course there were times in Israel’s history when they sowed and reaped a bad harvest and vice –versa. Sometimes there were famines. For example, when Jacob sent his sons to Egypt to look for food in Joseph’s era as vice regent to the Pharaoh. Canaan was going through a drought at the time. So we can see from the Old Testament that in a physical sense, when Israel sowed, they did not always reap well. Sometimes this was because of God’s judgement, sometimes it was because there were simply no rains. This is true for any farmer in a physical sense, whether they are bible believing Christians or not, sometimes you sow, and the harvest is not plentiful. By using this analogy , it was not the bible writer’s intent to teach that when a Christian plants a seed they should always reap over and above. The Israelites knew farming was not that simple and to use an agrarian analogy to teach some principle that did not hold true to an agrarian community would be a sort of conundrum. While the principle is always true in light of eternity and spiritual rewards, it is only sometimes true of physical rewards, but it is not always true of farming or money.

So bible writers used agrarian terms more often than not because they were best understood in their context. But, whenever the scripture was didactic, it never meant sowing or reaping in physical earthly things. They used terms like “sow discord” (Proverbs 6:19) and “sow strife” (proverbs 16:28). Whenever the scripture was prophetic it meant in a physical sense more times than not, for example Isaiah 30:23, that the prophet was foretelling what would actually happen. The other times where we see seedtime and harvest being mentioned in the bible is in narratives. As we know narratives are not meant to be didactic primarily. We can remove some principles to learn from a narrative but we cannot lean heavily upon it when it comes to formulating doctrine. The fact that Isaac sowed and reaped a hundredfold because the Lord blessed him (Genesis 26:12), does not mean that the principle is that if a Christian sows actual seed in farming, or any kind of seed that he should and will reap a hundredfold in a physical sense.

If we draw out the principle in a spiritual sense, as well as in the context of eternity, it then makes sense and conforms to other bible passages. You will reap what you sow is always true in light of eternity. This is taught by scripture. The righteous will be rewarded for his deeds and the wicked will be punished. The book of Deuteronomy teaches us this. What the bible does not teach is that this will happen while you yet live on this earth, its focus is almost always eternity and heaven centred. What I am saying is God might choose to reward you with physical increase whilst you are alive, but in His sovereign will He might withhold it. And if He does withhold, He has done you no wrong. The same is true of punishment, the bible does not teach that it will come in a physical sense here and now, it might come while you yet live. It might not. Job questioned this, as he saw the righteous afflicted and the wicked prospering. You see them every day, very rich and prosperous wicked men. Why is it then a mystery that there are poor struggling righteous men and women on the earth? The truth is after judgement there will not be any prosperous wicked people and there will not be any poor righteous people. In light of eternity, everyone finally reaps what they sow.

Bazil Bhasera is a professor at the Baptist Theological seminary in Zimbabwe. He also holds the office of training director for the Baptist union of zimbabwe. As the chairman of World Hope Bible Institute in zimbabwe bazil also works training pastors and equiping leaders for ministry through sound theological education. Bazil does his research and writes alot on the subject of African Theology and has published some works in this regard. He is married to charmaine and has 4 children. He pastors at Kadoma Baptist Church in Zimbabwe.

Preview: A Primer on Suffering